Home
Newsletter
The Cost of Inequality in Progress

The Cost of Inequality in Progress 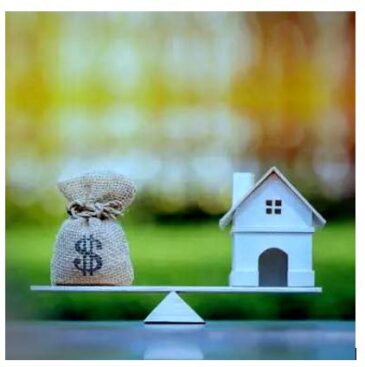 In 1956, President Dwight Eisenhower signed into law the Federal-Aid Highway Act of 1956, which became the biggest public works project in the nation’s history. This act allowed for the construction of 41,000 miles of interstate highway by the early 1970s, with very little citizen participation and public hearings on specific routes. This post-World War II era of freeway building and urban renewal came with a cost. More than 200,000 people lost their homes nationwide to federal road projects over the last three decades, according to an article in the Los Angeles Times. In California and other states, the families who lost their homes were disproportionately residents in Black and Latino neighborhoods.

In Los Angeles County, there are several notable transportation projects that drew opposition due to the displacement of families in low-income areas as well as inequitable outcomes.

Boyle Heights in East Los Angeles was home to many families of Eastern European descent in the 1920s and ‘30s. However, an exodus to the Westside and San Fernando Valley in the 1940’s by Eastern Europeans contributed to a major demographic shift in the Eastside. Consequently, Boyle Heights became largely Latino. Neighborhoods like Boyle Heights were easy targets for highway planners, as the property values were low and the immigrant, non-English speaking people were less likely to form an organized opposition. The displacement of thousands of homes for freeway construction was publicized as “clearing the way for progress.” Today, up to 18% of land in Boyle Heights is covered by freeways. It’s where the 5, 10, 60 and 101 freeways all intersect.

In 1959, plans were developed for the Beverly Hills Freeway which would follow Santa Monica Boulevard through the center of Beverly Hills to the Pacific Ocean. As a wealthy city, Beverly Hills was able to hire its own consultants to review the plans, make recommendations against the construction by emphasizing that there should be minimal disruption to the stable, affluent residential community. The Beverly Hills City Council and local opposition helped stop the project plans and the freeway was never built.

The Century Freeway, I-105, was designed to connect eastern Los Angeles County with the coastal areas and LAX airport in the 1980’s. The planned route ran through the predominately poor, African American communities of Compton, Watts, Willowbrook and Inglewood. The Century Freeway project took thousands of homes and displaced thousands of residents. Homeowners were joined by groups such as the NAACP and the Sierra Club, in suing Caltrans. The decade-long court battle ended when the parties reached a settlement – a consent decree – allowing construction of the freeway to proceed as a six-lane instead of an eight -lane freeway and included a median for light rail line.

During this time of overwhelming freeway construction, several important federal policies were established:

As freeway improvements are meant to alleviate problems associated with congestion and improve the quality of life for Southern Californians, many residents are vulnerable as expansion efforts push the freeways deeper into their communities.

The term “Environmental Justice” describes how people in poor communities and of color have had to endure disproportionate destruction of their neighborhoods due to the unfair systems that have continued these inequities. Some environmental justice organizations in Los Angeles have rebranded themselves as “smart growth and urban revitalization” organizations. These organizations strive to help low-income communities who live in transit areas and preserve cultural resources in neighborhoods.

Assembly member Cristina Garcia of Bell Gardens introduced Assembly Bill 1778, which would prohibit the State of California from funding or permitting transportation projects of freeway expansions/widening in Environmental Justice Communities adversely affected by vehicle emissions and/or in areas with a higher rate of population below the poverty line. Specifically, the bill would block the state from funding or issuing permits to freeway projects that would increase traffic in low-income communities and displace vulnerable communities from their homes. AB 1778 would make it so that neither state money, personnel hours, nor permits are allocated to such construction projects.

A recent outcome of expansion of the I-710 freeway favored the opposition whereby transportation officials halted a proposed widening of Interstate 710 through Los Angeles County in part because hundreds would lose their homes in Latino neighborhoods. According to Garcia, AB 1778 will end the allocation of state funds to the widening of Interstate 710 from the port of Long Beach to the railyards. Brown and Black communities along the I-710 corridor are already plagued with bad air quality, congested city streets, and expanding the freeway will increase vehicle emission effectively choking to death and will displace many low-income Latinos. Garcia states “If we are truly going to govern with equity lenses, we must stop the seizure of family homes in poor brown and Black communities and acknowledge that the freeway system since the 1950’s has been used as a tool to further disenfranchise low-income communities and communities of color like mine.”

Property owners who are displaced are compensated for the value of their home if they are homeowners and renters are compensated for moving expenses and the difference in rent for 42 months. However, during California’s housing crisis, it is more difficult to due to lack of available housing. The displacement of vulnerable communities in the middle of a housing crisis, when housing near freeways is often the most affordable to own or rent, poses a disproportionate adverse effect on low‐ income or minority communities.

Earlier this year the Los Angeles Times reported the City of Santa Monica’s new program which is trying to make up for the environmental justice that affected neighborhoods due to the construction of the Santa Monica Freeway (I-10). Prior to the building of the 10 Freeway in the 1960’s, there was the Santa Monica Pico neighborhood that stretched to the Pacific Ocean and was owned and occupied by predominantly Black families who lost their homes. Low property values and business interests that wanted to protect commercial and industrial land nearby, influenced planners to slice through Pico Blvd to construct the freeway. Today, fewer Black people live in the city today than in 1960, before the freeway was built. The city’s program offers 100 displaced families, or their descendants, who earn limited incomes, giving them priority access to apartments with below-market rents. City leaders say they hope their efforts will grow into a national model to address past racist policies.

Historically, low-income communities, communities of color, and other vulnerable populations experience a disproportionate economic burden due to freeway construction than other communities. Going forward, encouraging these environmental justice populations to participate in the planning process may help to minimize social and economic impacts, promote transportation mobility and enhance quality of life.