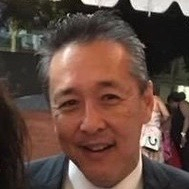 Some cases are more memorable than others. This matter was truly unforgettable for the variety, creativity and ferocity of the opposition to the State’s attempts to terminate a “temporary” tenancy. Patience and persistence is certainly required in both the right of way and legal professions.

In July 20, 1978, the State of California entered into what was then a seemingly nondescript post-acquisition written lease of vacant property for an interim use of state-owned property that had been acquired for the future widening of a landscaped freeway. The lease agreement called for up to three—5 year lease periods between the State and lessee Marina Del Rey Boat Storage, Inc. (Lessee), but specifically provided that the lease of the subject property was intended to be only temporary in nature because the property was going to be used in a future State highway improvement project. The lease memorialized the intended temporary nature of the occupancy by inclusion of an unconditional 90-day termination of tenancy clause. Also included in the lease was a post-acquisition tenant relocation assistance benefits waiver clause wherein the Lessee acknowledged that the State was not obligated to find them a relocation site for the Lessee after termination of the lease. The Lessee proceeded to design, construct and manage a boat and recreation vehicle self-storage facility on the property.

Moving forward twenty years to March 1998, the “temporary” occupant Lessee now had several hundred self-storage subtenants renting parking spaces for boats and vehicles and enclosed spaces for personalty within repurposed metal ocean containers. Many of the subtenants had in fact subleased storage space from Lessee for ten or more years. It was estimated that Lessee was receiving a tidy monthly net income in excess of $20,000 each month. No doubt that the Lessee was now decidedly uncomfortable and disinclined to voluntarily leave the leased property.

In March 1998, at long last the State sought to cancel the “temporary” lease for a traffic improvement project. Under the lease agreement, the right of way department prepared and mailed a 90-day Notice of Termination of Tenancy and also sent a process server to post a copy of the Notice of Termination at the property. Upon attempting to post the notice, the process server was physically confronted by principal owner Mr. Green, the Lessee Corporation’s sole shareholder. Following the confrontation, Mr. Green called 911 emergency requesting police assistance alleging that the process server was a “trespasser” who assaulted Mr. Green while attempting to vandalize the Lessee’s property. Patrol cars, police and news media helicopters swarmed the property. The incident and alleged confrontation even ended up as a featured story on local television’s evening news.

The next day, Lessee hired Attorney #1 attempting to stop or forestall the tenancy termination with a preemptive lawsuit against the State alleging; (1) breach of contract, (2) trespass, (3) intentional interference with contract, (4) negligent interference with contract, (5) conspiracy, and (6) inverse condemnation. Lessee also hired attorneys #2 and #3 to begin lobbying the local state legislators to try to convince the State to redesign the freeway widening project away from this property and to seek to have the State offer to sell the property to Lessee. A group of subtenants to the Lessee concurrently filed lawsuit #2 against the State to prevent the tenancy termination.

The State countered the three Lessee lawsuits by; (1) filing an Unlawful Detainer lawsuit (lawsuit #4) to recover possession of the property, (2) tendering the legal defense of the personal injury lawsuit back to Lessee’s insurance carrier pursuant to the indemnity clause in lease agreement, and (3) filing documents seeking to disqualify attorney #4 from representing either Mr. Green or Lessee because Lessee had a contractual obligation to indemnify the lessor State.

When there is a “contractual obligation to indemnify” relationship between parties, tendering the defense of a lawsuit is the act of requesting that another party assume the responsibility and costs of defending against lawsuit claims. In this case, Lessee agreed in the lease to indemnify and defend the State against any and all personal injury actions that occurred on the leased property. Thus an unusual situation arose wherein the Lessee Corporation had the contractual obligation to defend the State and the process server against the personal injury claims being made by its own shareholder, Mr. Green. Lessee’s insurance company was therefore responsible for defending the State including any costs and damages awarded to Lessee’s principal shareholder. The Corporation was now defending itself against its own shareholder.

The Lessee’s insurance company agreed to honor its contractual obligation to represent the State prompting the retention of Attorney #6. Upon notice of the appeal denial in the unlawful detainer action, Mr. Green initiated another action in federal bankruptcy court, lawsuit #5, through Attorney #7. Attorney #7 filed an application seeking bankruptcy protection for Lessee through the federal bankruptcy courts, asking the bankruptcy court to delay the enforcement of the unlawful detainer judgment. Mr. Green and Lessee next move was to hire Attorneys #8, #9 & #10 to negotiate a settlement. Although there was delay, Attorneys #8, #9 & #10 were unsuccessful in negotiating a settlement and the State took possession of the property.

It took twenty-eight months of litigation between the parties, six lawsuits, sixteen attorneys for the Lessee and five mediation sessions, until all the cases were finally resolved in April 2000. Lessee’s Insurance Company ultimately agreed and paid the State $235,000 for fees, costs, and expenses. It took nearly 25 months to clear the property of the improvements, subtenants, and abandoned personal property through public auctions. The State was ecstatic to receive and cash the check.