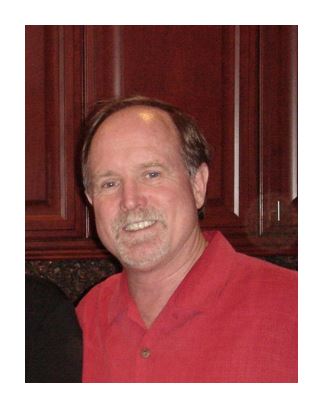 Barry was born in 1949 in St. Louis, Missouri to Robert and Gloria McDaniel. His family moved frequently but finally settled in Fullerton, CA, where Barry attended Sunny Hills High School. He ran track and cross country, focusing on math and science. He began college at Cal State Fullerton but transferred to Arizona State University where he earned a BS in the emerging field of Urban Systems Engineering.

Back in California, he landed a position with the Port of Long Beach Planning Department, advancing quickly. During his early career, Barry married his first wife, Susan and bought a charming old house in Signal Hill which he lovingly restored. The marriage did not last, but the house turned out beautifully.

Barry returned to school mid-career, earning an MBA at Cal State Dominguez Hills. There, he met the love of his life, Elaine. Undaunted by the fact that she had four kids, ages 11-18, he committed to sharing a life, and they married in 1983. Barry was incredibly supportive to his step-kids, steadfast during some tough times, and they valued his patience and humor. They especially appreciated his devotion to their mom; he was a true and loving partner.

Barry eventually became the Assistant Director for Planning, overseeing development projects like the World Trade Center in Long Beach, among others. During his time in the position, downtown experienced a revitalization for which his vision is partly responsible, and it continues to thrive. Barry also served on the Signal Hill Planning Commission, contributing his expertise to the city where he lived.

In 1986, Barry retired from the Port and with several partners, leveraging their planning expertise and agency connections, established a new company called Pacific Relocation Consultants (PRC). PRC managed large scale relocation projects, such as the expansion of Topanga State Park and LAX. During his time as CEO, PRC went national and merged with another company to become Overland, Pacific, and Cutler (OPC). In his last few years at OPC, Barry was instrumental in moving the company to a new, sustainable building, and even after retirement, he continued to consult on various projects.

Once he retired, Barry’s true passion was his work on the Long Beach City College Foundation Board of Governors. He served in a variety of roles, including president, fundraising for student scholarships and other projects to benefit LBCC as the college gained prominence statewide for their Promise Initiative.

Barry always loved the outdoors, from the Arizona desert to the Eastern Sierra, and he backpacked, skied, and cycled all over. In the late 70s, with a team of friends, he reenacted the pony express route by bicycle.   He ran several marathons in LA and Long Beach, as well. In the early 90s, he and Elaine realized their dream of purchasing a second home in Crowley Lake near Mammoth.

Barry is survived by his wife of 39 years, Elaine and her four children, as well as nine grandchildren: stepdaughter Jeanne Costello (Philip Mayfield) and her children Shane and Cassidy; stepdaughter Karen Malave (Benjamin Malave) and their children Belia and Santiago; daughter Lisa Costello (Richard Houser) and their children Roan and Veronika; and stepson Kevin Costello and his children Ashley, Sydney, and Colin. He is also survived by his mother, Gloria McDaniel and sister, JR McDaniel.

Donations can be made to the Long Beach City College Foundation or the Alzheimer’s Association.